BLACKPINK Reveals Their Daily Lives Before Making Comeback Through ‘24/365’

On July 4 at 9 AM, YG Entertainment uploaded episode 1 of ‘24/365 with BLACKPINK’, the new reality content, through their official blog and BLACKPINK’s official YouTube channel.

The episode began with LISA’s day spent with dancing all along, JENNIE in search of fashion trends prior to making comeback, and JISOO and ROSÉ who challenged on pottery.

LISA showed her loveliness by greeting, “Hello, BLINK”. As a dance mentor for ‘Qing Chun You Ni 2’, the Chinese audition program, LISA went on to the scene to film a collaborative performance with the trainees.

She emitted positive energy with her unique and lovely aspects, but also showed diligence and professionalism in working, which put the viewers in awe. She looked nervous for a while prior to getting on stage but presented a perfect choreography when the music began. She also did not miss detailed monitoring.

The final schedule was dance lessons. She headed to the training room to meet her choreography teacher, Cheshir ha, since she did not stop practicing dancing even during the group’s inactive period. She began practicing while presenting her dance skills full of swag.

JENNIE made all preparations in the early morning and headed to the schedule place. She explained that she is busy with comeback preparation and revealed, “My biggest concern is my hairstyle when making comeback”. She wondered what hairstyle would make the best styling.

After arriving at the scene, JENNIE looked nervous and stamped her feet repeatedly. But when the shooting began, she revealed her variety of charms with sincerity.

She then visited a multi-shop with her close stylist. JENNIE, the ‘fashionista’, looked into various styles to figure out the current trend, and had a fun time choosing clothes she liked. She also did not forget to say goodbye to the fans and stated, “My heart moved since I met my fans today in a while. It’s a lovely day”.

ROSÉ then showed tremendous concentration while making her ornament. JISOO thought of her family while making 3 glasses with cute liquor bottle figures attached to them. They then looked into the works they’ve created and proudly stated, “Our wishes came true”.

Meanwhile, after making comeback with the pre-release single ‘How You Like That’, BLACKPINK is setting the best records in K-Pop girl group history on music charts in and out of Korea. While strong chart influencers have continued to make comeback, the song is maintaining its no. 1 spot on major music charts for 9 days and has entered UK’s Official Singles chart as no. 20 on the 3rd(local time).

The MV for the song has surpassed 100M views in 32 hours since its release on the 26th at 6 PM, as well as being listed on 5 categories of the Guinness World Records including the ‘Most Viewed Video on YouTube in 24 Hours’. On July 3, the video became the fastest MV to surpass 200M views on YouTube, adding another 100M views in the shortest amount of time. 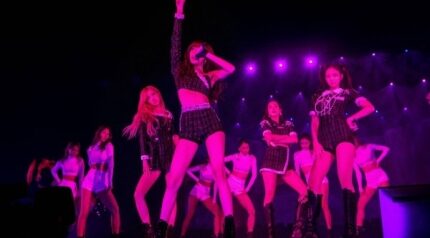