TREASURE, “Excited for Our Speedy Comeback with ‘I LOVE YOU’ and Feel Energy with Fan♥.. Look Forward to Making Variety Show Appearances As Well” 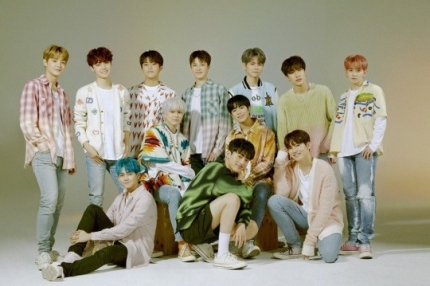 Through a recent interview with Herald POP held to celebrate the release of their second album, CHOI HYUN SUK revealed his thoughts on making comeback by stating, “’THE FIRST STEP’ was a series we’ve prepared as a sequence for a long time, so we were able to make a speedy comeback. We were also eager to present new music and performances often since our fans have waited us for a long time, so we were also able to do our best in preparing”. He added, “Like the ‘rushing emotions of love’ which we expressed through our latest single, TREASURE is also making progress, so please look forward to us and give us support”.

JIHOON smiled as he stated, “I think that being able to make comeback with a new album in 40 days itself is a good opportunity for a rookie group. I felt that the members improved a lot on the final performance of ‘BOY’ and in the middle of ‘I LOVE YOU’ practice, so it feels both exciting and nervous to present our growth to the fans” and added, “I hope we can pass on TREASURE’s new charms”.

YOSHI stated, “I’m happy to let the fans listen to our music right away. Reactions such as ‘It’s exciting, it’s fresh, it makes me look forward to it and I feel various emotions!’ also make me feel good but most importantly, I wanted to present my improved self”. JUNKYU stated, “It’s amazing and I’m happy to make comeback right away! I want to meet our fans as soon as possible. We practiced a lot to present ourselves better. Please look forward to it”. 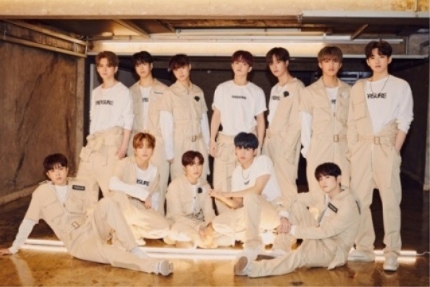 MASHIHO happily stated, “It feels so good. Us members talked about our ‘excitement’ every day, since we wanted to meet our fans as soon as possible. I think ‘I LOVE YOU’ is an album with fiercer and more lovely sounds which we haven’t been able to present through ‘BOY’”. YOON JAE HYUK revealed his expectations by stating, ““It’s very exciting. I would like to meet our Treasure Makers as soon as possible. I hope our fans enjoy our new song as well”, while ASAHI revealed, “I’m curious on what our fans think and react to our song. I want to present a better version of myself than how I did in our debut single”.

BANG YE DAM stated, “We’ve made comeback in approximately 40 days since we made debut through ‘CHAPTER ONE’” and revealed his determination by adding, “We’re happy to meet our fans again in such a short period of time and to have many activities this year. We’ll present our different and improved selves compared to the time we released ‘CHAPTER ONE’”.

DOYOUNG explained, “I can’t believe it’s our second release. I’m happy to make comeback. I’m already excited to think about running around with our members. You’ll see our boyish charms full of freshness”. HARUTO stated, “It’s fun and amazing to be active with all members. It also feels good to meet our fans with our new song. I hope the Treasure Makers enjoy the fresh and cute charms contained in the song”.

PARK JEONG WOO revealed his hop by stating, “Since we had so much fun with ‘CHAPTER ONE’, I look forward to our ‘CHAPTER TWO’ promotional activities. It feels really good to make comeback right away. We’ll do our best to present our better selves and would like to make good memories with our fans”, while SO JUNG HWAN said, “We’ve put in a lot of our love. We did our best for our fans. Please show us a lot of love”. 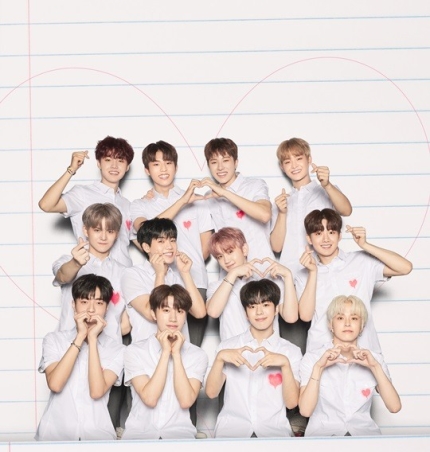 Unlike ‘BOY’, ‘I LOVE YOU’ shows TREASURE’s fresh boyish charms. The group made the fans cheer by perfectly pulling off the school uniform concept. YOON JAE HYUK was satisfied with the concept and explained, “We felt that school uniforms will show our natural selves. Since many members look most natural in school uniforms, we were comfortable when we were styled in school looks”.

BANG YE DAM made the people look forward to TREASURE’s other charms by stating, “Our group has an average age of 18.6, which is an age that goes well with school uniforms, so we think our styling would do a great job in expressing the emotions of a teenager. We will continue to present our infinite charms that match our colors, so please look forward to it”.

Like the first single, CHOI HYUN SUK, HARUTO, and YOSHI participated in the production of ‘I LOVE YOU’ and ‘B.L.T’ as lyricists. We asked whether the other members were interested in writing songs as well. ASAHI revealed, “I’ve been writing and composing songs on my own and have aspired to become an artist who can touch people through my own music. That’s why I’m consistently studying Korean. I hope I will get a chance to participate someday”.

On the question asking a memorable episode while preparing for the album, SO JUNG HWAN answered, “I remember when we filmed the ‘I LOVE YOU’ MV. We had a scene where we shot in the seashore. The wind was great, and it felt good since I felt like I made memories with our members whom I love”. DOYOUNG also recalled the time when they filmed the MV and stated, “I remember the board scene. There were hearts packed under the set and it felt good since my hands and the blowing flowers looked pretty”. 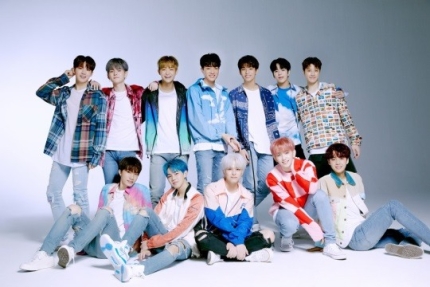 The group has proved themselves as the monster rookies as their debut song ‘BOY’ topped iTunes Top Song charts in 19 different countries, Japan Line Music’s Daily chart, and China QQ Music’s Top Rising chart. Their second single album has received almost 200 thousand pre-orders as of September 14th, while the title song topped the Line Music Top 100 Real-time chart for 3 consecutive days. The group was also ranked at no. 4 on Billboard’s ‘Social 50’ chart. Regarding these accomplishments, TREASURE shared their sincerity by stating, “We’d like to thank our fans” and added, “In fact, we feel happy that even if it may be a single person, there is someone that waits for our music and enjoys listening to it, more than numbers and their meanings”.

When asked about what has changed the most after making debut, CHOI HYUN SUK smiled and explained how all members of TREASURE were improving by replying, “During the final performance of ‘BOY’ and in the middle of ‘I LOVE YOU’ practice, I felt that the members’ facial expressions looked relaxed”.

TREASURE also showed off their tight teamwork. PARK JEONG WOO revealed the key to their teamwork by stating, “Leaders JIHOON and CHOI HYUN SUK lead us well and take good care of us. We communicate with each other a lot as well”, while BANG YE DAM added, “Our members suggest and comprehensively listen to each other’s opinions. We don’t have restrictions in communicating and since we all play important roles, I think it strengthened our teamwork”.

Regarding group BLACKPINK from the same agency, who has become the center of attention by being ranked at no. 13 on the ‘Hot 100’ chart through their song ‘Ice Cream (with Selena Gomez)’ and renewed their own best K-Pop girl group record in history, JIHOON proudly stated, “I feel how K-Pop is spreading throughout the world. We receive positive influence. We also feel proud. Our seniors help us do our best”.

HARUTO added, “It’s amazing. We’re proud that we are juniors from the same agency” and added, “It’s exciting and it’s also an honor to be active along with them. We feel reassured because of them and would like to grow as amazing artists such as them”, making the scene heartwarming. 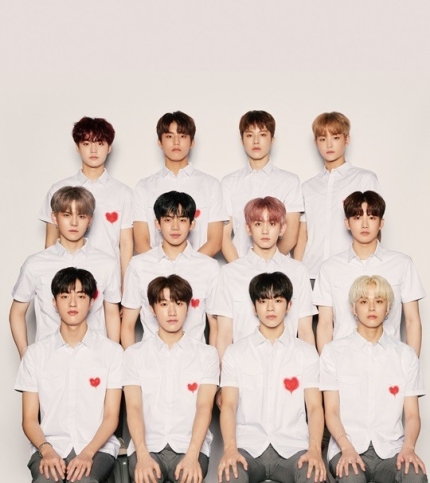 When asked how they feel on not being able to meet their fans in person due to the COVID19 situation, TREASURE answered, “We would really like to meet our fans and our agency knows it, so we are discussing methods on how we will be able to do so”.

They continued, “We’ve recently been designing characters(Line Friends), and we communicate with our fans a lot while we are on this project. Although we can’t meet in person, it’s fun to raise empathy and communicating through various contents”. They also raised the fans’ expectations by stating, “We are planning to make appearances not only on music broadcasts, but also on variety programs as well. You will see our new charms different from what we show on stage”.

In the end, TREASURE stated, “We sincerely thank you for supporting ‘CHAPTER 1’. We did our best preparing for ‘CHATPER 2’ as well, so please show us a lot of love. We get energy on our fans’ messages that say our music gives strength. Thank you so much. We hope that all of our members can finalize ‘THE FIRST STEP’ series activities in good health”. They ended the interview by stating, “We would like to meet our Treasure Makers more often and share a lot of memories. Treasure Makers, you know health is the no. 1 priority, right? Stay healthy and see you soon. We love you(heart)”. YG TREASURE to Make Speedy Comeback with ‘I LOVE YOU’ on the 18th… School Uniform Looks by Members with an Average Age of 18, ‘Expectations↑’