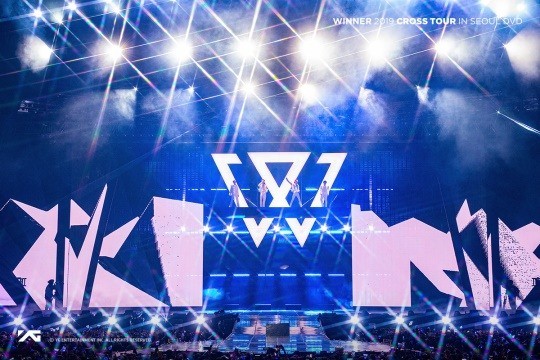 [헤럴드POP=박서현 기자] A DVD and live CD containing live footage of WINNER’s ‘CROSS’ concert in Seoul will be released. As legendary performances presenting WINNER’s past 6 years of history and growth have been presented, it is expected that the fans will leave favorable reviews.

According to YG Entertainment, the ‘WINNER 2019 CROSS TOUR IN SEOUL [DVD+LIVE CD]’ will be officially released on the 27th, while pre-order will be available starting from today(19th).

Last year on October 26th and on the 27th, WINNER held the ‘WINNER 2019 CROSS TOUR IN SEOUL’ in Seoul KSPO DOME(Olympic Gymnastics Arena) to meet their fans.

During the concert, WINNER revealed their performances for ‘SOSO’, the title song of their third mini album ‘CROSS’, in addition to ‘DON’T BE SHY’, ‘OMG’, ‘DRESS UP’, HOONY·YOON’s solo track ‘FLAMENCO’, and ‘WIND’ for the first time.

Furthermore, they also presented their performance of ‘DON’T STOP THE MUSIC’, the song that made ‘Team A’ into WINNER during the final live broadcast of the survival program ‘WIN’, in 6 years. They also revealed their energy by forming each day’s playlist differently for two days.

The DVD will contain multi angle cams of ‘DRESS UP’, ‘DIFFERENT+HAVE A GOOD DAY’, and ‘RAINING’, which were only performed at the concert held on the 26th. The viewers can watch the full version of their choice of song. Furthermore, it will contain the lively sound and dynamic performances of WINNER’s first-ever collaboration with a live band during a concert. 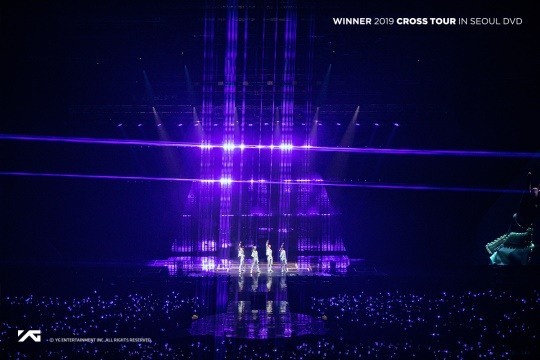 The ‘WINNER 2019 CROSS TOUR IN SEOUL [DVD+LIVE CD]’ is composed of 2 DVDs and 2 live CDs. Fan privileges including a photobook of 180 pages, a postcard set, a random photo card, and a random poster will be included to raise its possession value.

The group completed their Asia tour journey through the ‘WINNER CROSS SPECIAL LIVE’, broadcasted through Naver V LIVE back in February. The live show gathered 965,656 viewers, which was the highest figure among all live broadcasts held by WINNER.

WINNER Proves Their Group Name Through Their Concert, “Our Happiest Moment This Year… WINNER Forever”

WINNER’s Transformation, YOON’s Autumn Vibes→Will They Win the No. 1 Spot for 5 Years Straight