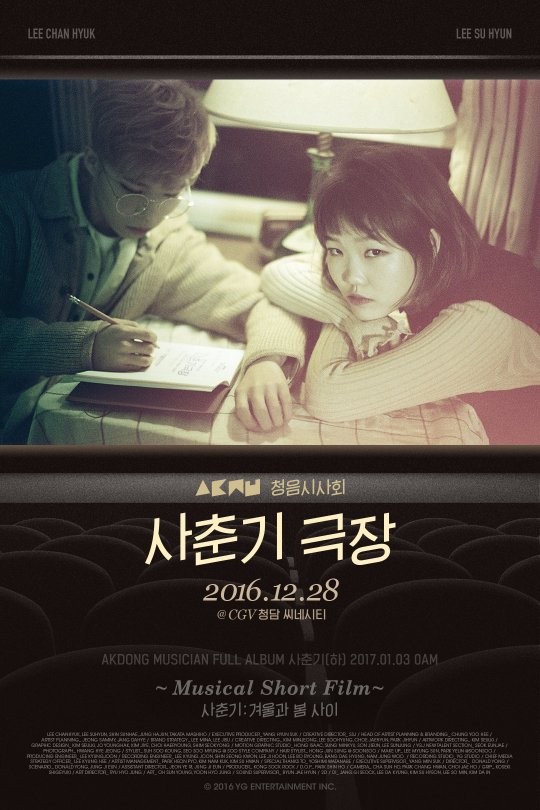 For every new release, AKMU invited people to a leafy park to give them an opportunity to listen to their new songs. This time, AKMU is holding “Special Music Event: WINTER Theater” to have a time to enjoy their musical short film “SPRING of WINTER” with the public.

The 20-minute musical short film “SPRING of WINTER” presents parts of every song in AKMU’s new album “WINTER”. The idea for the creation of the film began from a feeling of being between spring and winter. The film will present a remarkable chemistry between the AKMU brother and sister for the first time.

For the musical short film, more than twice greater budget, time, and efforts were invested than for general music videos, from the preparation phase to shooting and post-production work. The film embodies YG’s new trial for new video contents styles.

AKMU talked about an interest in the world, excitement for dream and love, and worries about themselves in the previous album “SPRING”. Music fans are now paying keen attention to what feelings and emotions AKMU will sing in their new album.

AKMU’s musical short film “SPRING of WINTER“ will be exclusively released on NAVER’s V-LIVE on January 1 in 2017 at 1PM. Then, AKMU’s new album “WINTER” will be released on January 3, 2017.