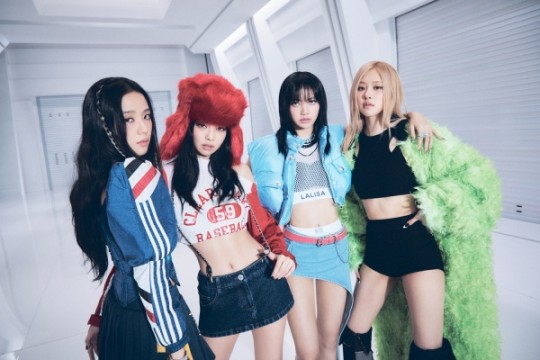 According to YG Entertainment on the 17th, BLACKPINK’s 2nd full album title-song ‘Shut Down’, which was released at 1PM the previous day, took the top spot of the iTunes chart in 43 different countries. The song was popular in all parts of the world including North and South America, Europe, Oceania, and Asia, topping the iTunes Worldwide Chart.

They also once again proved their strong presence, which has now gone beyond K-POP to the whole world. They took the first spot on the iTunes Album Chart in 54 countries including the U.S. and the UK, and also successfully reached the top spot on Apple Music’s Album Chart in 60 countries.

On QQ Music, which is China’s biggest music site, not only did ‘Shut Down’ take the first place, but all their other track-songs were listed as well, and their songs also ranked high on Japan’s Line Music Chart.

Responses are also great on domestic music charts as well. Their title song ‘Shut Down’ went straight to No. 1 on Bugs, Vibe and Genie shortly after it was release. After entering the top 100 of the Melon Top 100 Chart, which has been changed by the combined 24-hour usage and real-time user count, it’s quickly reaching to the top of the chart.

Also, all the songs on the album, led by the title song ‘Shut Down’ and the pre-released song ‘Pink Venom’, are being loved by fans as well. In fact, ‘Typa Girl’, ‘Yeah Yeah Yeah’, ‘Hard to Love’, ‘The Happiest Girl’, ‘Tally’, and ‘Ready For Love’ topped major domestic charts as well, showing how much trust music fans have towards BLACKPINK’s music

As they are also known as ‘YouTube Queens’, attention was also drawn to the popularity of their music video on YouTube. The M/V for ‘Shut Down’ surpassed 44 million views in just about 18 hours after its release, ranking first on YouTube as ‘the most viewed video in 24 hours’. BLACKPINK’s official YouTube channel also saw a steep increase in the number of subscribers since its release, exceeding 81.2 million.

BLACKPINK’s popularity sensation was already foreseen and expected. The physical album of their 2nd full album ‘BORN PINK’ surpassed 2 million pre-orders early on, breaking the record for a single K-pop female artist, while making sure they will become the first K-pop girl group to be a  ‘double million seller’.