WINNER’s ‘Debut 4-Years Anniversary’… “Feel Blessed, Everything Was Possible Thanks to the Fans” 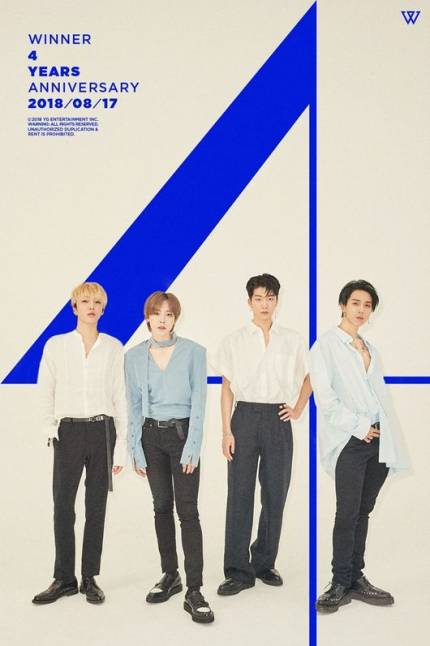 [OSEN=정지원 기자] WINNER, who grew to become the ‘artists you trust and listen to’, celebrated their 4 years anniversary since debut.

The number ‘4’ celebrating the 4 years and WINNER’s unique sensual and trendy visuals caught the attention of viewers.

The members revealed their thoughts on having their 4 years anniversary. YOON stated, “We can’t thank Inner Circle enough for walking along with us. We’ll become WINNER that continues to progress forward”.

HOONY stated, “Our hard times and joyous times were both happiness, because Inner Circle were next to us”, revealing his warm heart towards the fans. MINO promised a bright future with the fans by stating, “We were blessed for the past 4 years. Let’s continue to walk forward slowly, step by step”.

WINNER made debut back in 2013 after becoming the final winner of the survival program, ‘WIN: Who Is Next’. WINNER was YG Entertainment’s boy group presented in 8 years since BIGBANG and thus received spotlight from in and out of Korea.

WINNER’s debut album ‘2014 S/S’ dominated various music charts as soon as its release, raising WINNER’s popularity. The group gathered attention since it was unprecedented for a new group to dominate music charts with their debut album.

WINNER captivated the ears of the public with every song they released, through their unique and sophisticated musicality. ‘EMPTY’, ‘SENTIMENTAL’, ‘LOVE ME LOVE ME’, ‘REALLY REALLY’, and ‘EVERY DAY’ are all trendy and new music that are steadily listened to by the public.

Last year on April, the group achieved another success by releasing the official album ‘EVERYD4Y’ in 4 years. They proved their broad musical spectrum by releasing the most number of tracks since debut, consisted of genres including Hip-Hop, Acoustic, Trap, and Ballad.

Well known foreign press channels including the US Billboard and UK Dazed gave positive reviews on WINNER’s musical challenge and spotlighted, the as “The group that studied their own musical style in various aspects” and “The superstar boy band that set a milestone in K-Pop history”.

WINNER displayed massive musical influence by dominating charts in and out of Korea. They not only topped Korean music charts, but also iTunes Charts in 18 different countries, proving their global popularity. They also topped the Comprehensive New Releases Chart and K-Pop MV Chart of QQ Music, which is China’s largest music streaming platform. Their popularity also continued in Japan, leading them to top Japan’s iTunes Pop Album Chart and K-Pop Album Chart.

As the representative ‘sensual boy group’ of K-Pop, WINNER will position themselves in the center of the Korean wave by holding a foreign tour, starting with their concert in Seoul.

On August 19 at 6 PM, WINNER will hold the ‘WINNER 2018 EVERYWHERE TOUR IN SEOUL’ in Seoul Olympic Gymnastics Arena and have a special meeting with the fans. Starting with their concert in Seoul, the group will visit cities including Taipei, Kuala Lumpur, Bangkok, Singapore, Manila, Jakarta, and Hong Kong as part of their overseas tour. 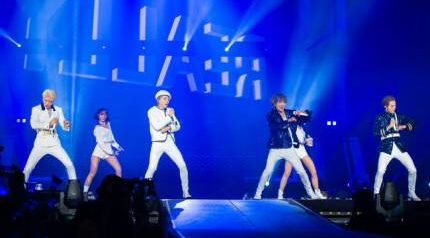 [COMPREHENSIVE] WINNER is WINNER, the Reason Why We Waited Their Concert For 2 Years (Ft. YANG HYUN SUK)

A ‘Vacation Concert’ With WINNER For 160 Minutes… Also, A ‘Comeback Spoiler’ [COMPREHENSIVE]