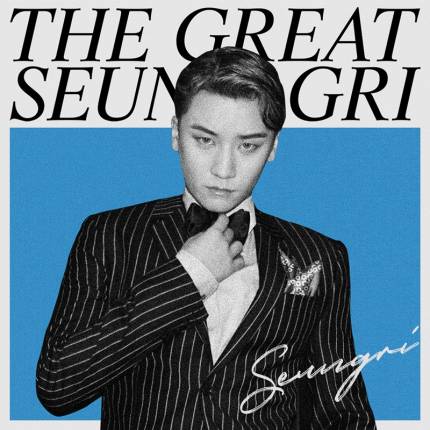 [엑스포츠뉴스=김미지 기자] Two concerts have been added on to SEUNGRI’s first Japan tour, extending the tour into a total of 8 concerts.

SEUNGRI’s first solo tour ‘SEUNGRI 2018 1ST SOLO TOUR ‘THE GREAT SEUNGRI’ IN JAPAN’ was originally consisted of 6 concerts in 3 cities in Makuhari Messe, Fukuoka, and Osaka. The tour will continue until December as 2 additional concerts have been confirmed to be held in Osaka.

SEUNGRI will arrange existing tracks with his own vibe in his concerts in Japan, to provide fresh amusements and joy. He is also planning to reveal his various charms through DJing time, VJing under large LEDs, and laser lightings to create a club-like mood.

On September 5, he will release the Japanese version of ‘THE GREAT SEUNGRI’.

The 6 major sports newspapers in Japan have spotlighted SEUNGRI’s tour in Japan which kicked off through August 11~12 and gave positive reviews.

Sankei Sports wrote, “SEUNGRI presented a solo tour filled with will. He revealed his experience by filling up the stage by himself, not as a member of BIGBANG”. Sports Nippon introduced, “SEUNGRI’s first solo tour in Japan was performed with heart-touching moments”.

SEUNGRI will continue his solo tour in Fukuoka International Convention Center from September 5~6, in Osaka Osaka-jo Hall from he 19th~20th, and in Osaka Index 5th Exhibition Hall from December 12~15, which was added on to his schedule. His tour is expected to gather a total of 98,000 audiences through 8 concerts in 3 cities.

Meanwhile, SEUNGRI is going through his Korean tour with his concert held in Daegu on the 15th, and his upcoming concert in Busan BEXCO 1st Exhibition Hall on the 19th. He originally planned to perform a concert only in Seoul, but was extended to a nationwide tour as the the fans passionately responded to his first-ever solo concert. [TV Zoom-In] Seungri in “SNL”, Definitely the Best at Self-“Dis”