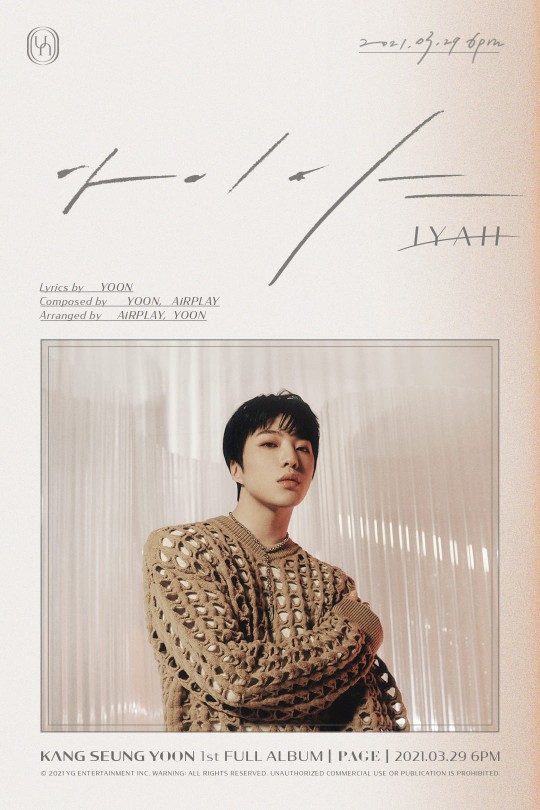 According to YG Entertainment on March 19, the name of YOON’s title track of his upcoming full album is ‘IYAH’. He participated in the writing, composing, and arrangement of the track.

AiRPLAY collaborated with YOON to create synergy effect by participating in the composing and arrangement of the track. AiRPLAY is a talented producer of YG who has previously worked on numerous hits by WINNER, including YOON’s debut single ‘Raining’.

The meaning of the title track ‘IYAH’ has not yet been revealed. The people are wondering whether it will be a direct expression of calling ‘someone who’s younger’ or just an exclamation.

YOON has noticed an album “like himself” through a self-interview format video series looking back into his past 10-year journey of making music. That is why the fans are looking forward to the story which the title track will include.

The title poster revealed today showed YOON’s sophisticated and unrivaled aura. Like the teaser image in the ‘release poster’, he is grabbing the people’s attention with his eyes and facial expression while keeping his warm emotions at the same time. YOON of WINNER to Release Solo Album on March, “Recorded All Songs” 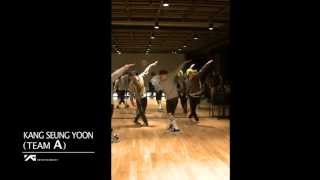