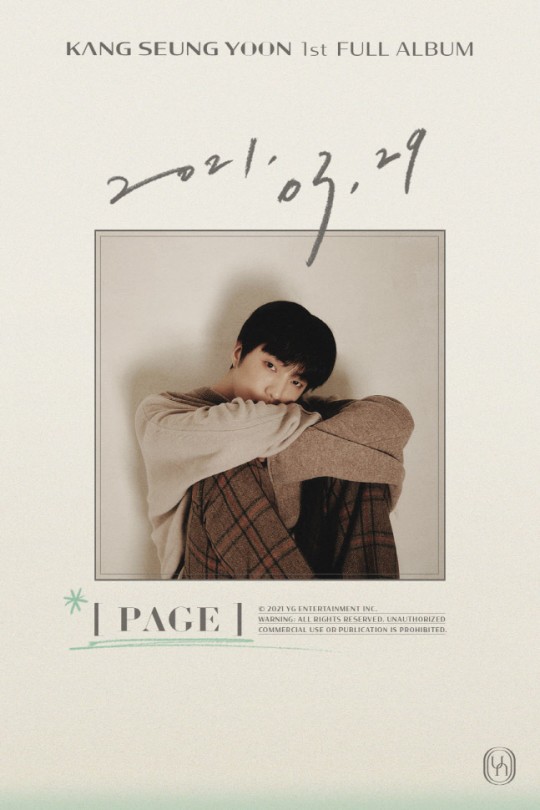 YOON’s calm and handsome visuals grabbed the people’s attention in the poster. He crouched down while resting his chin on his hands, looking forward which presented an emotional aura. The overall warm mood and his eyes with a story raised the viewers’ curiosities on the concept of his upcoming album.

The people paid attention to the handwritten numbers ‘2021. 03. 29’ and the phrase [PAGE] with a star mark. The music fans became curious on what the title of the album means, and what stories the album will contain.

From the previously revealed teaser clip, part of the new song from the album was revealed already. YOON also shared his honest thoughts through ‘THE PREQUEL’, a self-interview format video series looking back to his 10-year journey of music. YOON has noticed that he will release “An album like myself”.

There are high expectations on YOON’s solo comeback since he’s the one who’s created hits such as ‘REALLY REALLY’, ‘LOVE ME LOVE ME’, ‘ISLAND’, ‘EVERYDAY’, and ‘MILLIONS’ for WINNER. It is said that YOON has personally put in his efforts on not only the writing, composing, and producing of all tracks, but also in the MV production.