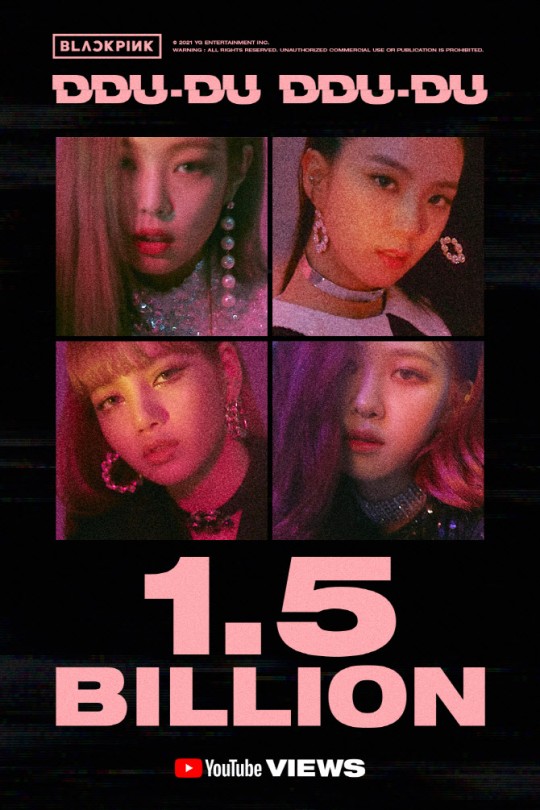 [이데일리 스타in=윤기백 기자] Group BLACKPINK’s MV for ‘DDU-DU DDU-DU’ surpassed 1.5B views. It is the first MV by a K-Pop group to achieve this record.

According to YG Entertainment on the 23rd, BLACKPINK’s MV for ‘DDU-DU DDU-DU’ surpassed 1.5B views on YouTube as of 6:36 PM. The milestone was set in approximately 2 years and 8 months since its release back in June 2018.

The MV for ‘DDU-DU DDU-DU’ is renewing its own first·best·biggest records in K-Pop group MV history. After reaching 1B views last year on November for the first time as a video released by all K-Pop boy and girl groups, the MV is still popular as much as the latest releases.

‘DDU-DU DDU-DU’ is the title track of BLACKPINK’s first mini album, ‘SQUARE UP’. The catchy chorus and point moves which make the members look like they are shooting pistols became popular, allowing its MV to become the ‘Most Watched K-Pop MV in the World’ on the year of its release.