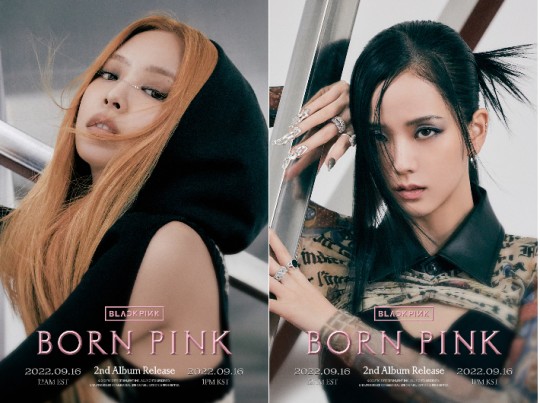 [CBS노컷뉴스=유원정 기자] The poster which shows the visual concept for BLACKPINK’s second full album ‘BORN PINK’ unveiled itself on YG Entertainment’s official blog on the 6th.

The images drew attention with its seductive aura, standing in contrast to their pre-release single ‘Pink Venom’.

JISOO appeared with smoky makeup and black hair completing her charismatic look, and JENNIE completed her hip look by putting on a hip hoody with fluttering orange hair. ROSÉ posed elegantly and mysteriously, giving a point to her nails, and LISA transformed her hair style into blond and showed off her unrivaled charisma with beads decoration. 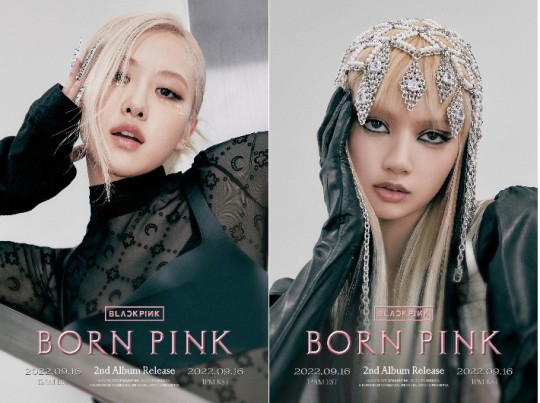 Just like the title-song teaser poster, the group once again used mysterious silver color for the title. It created perfect harmony with the black outfits which represent the team’s identity, once again raising curiosity on what kind of relevance it will have with the concept of the new song.

BLACKPINK will be releasing their 2nd full album ‘BORN PINK’ at 1PM of the 16th in about a year and 10 months. Although the exact details of the album haven’t been unveiled just yet, expectations are running high as they’ve already heated up the global music market with their pre-release single ‘Pink Venom’.

In fact, the song ‘Pink Venom’ took the top spot on iTunes in 75 countries immediately after its release, and also ranked No. 1 on the Billboard Global 200 and Billboard Global Charts in the U.S. It also ranked 22nd on the Billboard Hot 100 and the UK Official Singles Chart, respectively, and ranked second on the Spotify Top Song Global Weekly Chart. In particular, the song surpassed 100 million streams on Spotify, the world’s largest music site, in just 17 days, setting the shortest record among K-pop female artists.

The music video also broke the world record as a female artist, by surpassing 90.4 million views on YouTube within 24 hours of its release. After achieving 100 million views at the fastest speed (29 hours and 35 minutes) among K-pop girl groups, it surpassed 200 million views in seven and a half days. It topped the world’s most viewed music video released by YouTube for two consecutive weeks.

Meanwhile, BLACKPINK will kick off their world tour at KSPO DOME in Seoul Olympic Park on October 15 and 16. Starting with the performance, they will hold a total of approximately1.5 million audiences by holding performances in North America, Europe, Asia, and Oceania. 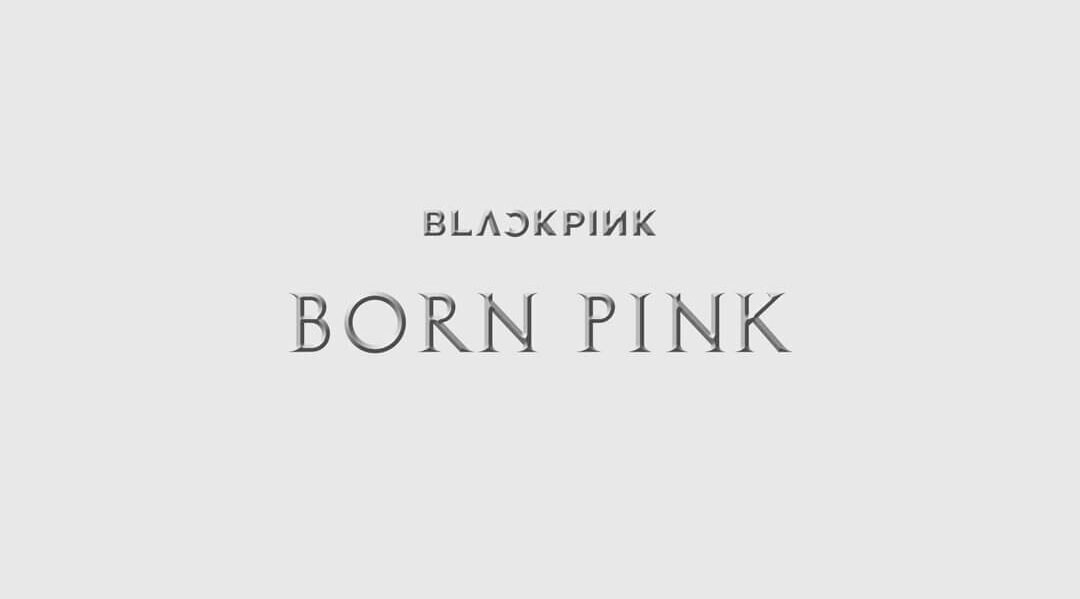