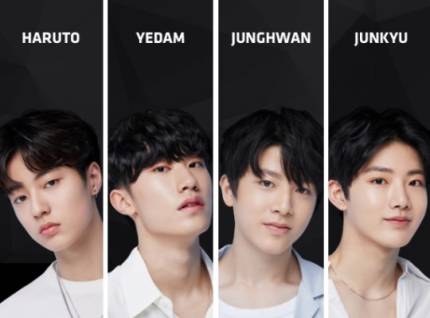 [OSEN=지민경 기자] While BANG YE DAM, KIM JUNKYU, HARUTO, and SO JUNGHWAN were revealed to be the final debut members of ‘YG TREASURE BOX’, the people are paying keen attention on which 3 trainees will join them.

As it was a stage to determine members of YG’s new boy group that will follow the legacy of BIGBANG, WINNER, and iKON, the people were focused more than ever.

Even until today, the day after the broadcast, the attention on ‘YG TREASURE BOX’ and the debut members remain high. According to the real-time searched keywords statistics, ‘YG TREASURE BOX’ is at no. 1 among teens and beat the popular drama titled ‘SKY Castle’. The program is also going back and forth from no. 1 and 2 among keywords searched by people in their 20s, proving the heated popularity of the show.

‘YG TREASURE BOX’ has aimed to become a content utilizing multiple platforms including VLIVE and YouTube, instead of a regular program broadcasting from a station. The show aroused heated responses by successfully targeting global fans and the teenage fanbase. 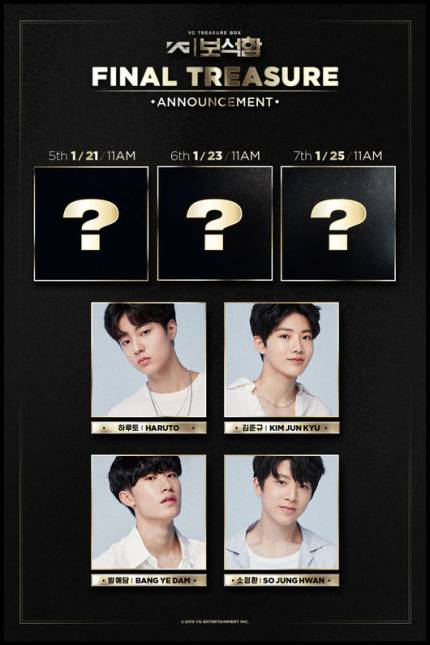 In addition, the program’s content competitiveness was also acknowledged by being ranked at no. 1 on the non-drama popularity list announced by Good Date Corporation, the TV popularity analysis agency, for two consecutive weeks on the second week of January. The show has also topped VLIVE daily charts with every episode, along will overseas daily charts in countries including Japan, Philippines, Indonesia, Malaysia, and Singapore.

While the people are paying keen attention on the birth of YG’s new boy group, the people are also wondering who will become the additional final debut members next week. The 3 remaining members besides BANG YE DAM, KIM JUNKYU, HARUTO, and SO JUNGHWAN will be revealed through VLIVE’s ‘YG TREASURE BOX’ channel on the 21st, 23rd, and 35th at 11 AM.