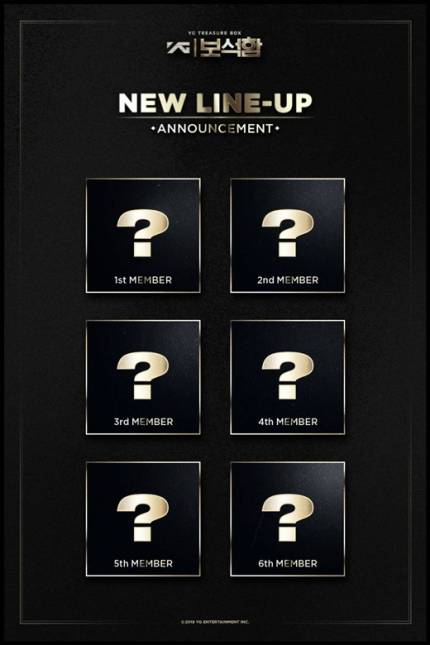 Today (29th) at 10 AM, YANG HYUN SUK wrote, “I would like to thank everyone that supported the 28 Treasures. I will soon make the announcement for the second team comprised of 6 members, to follow the 7-member TREASURE” on his Instagram and added hashtags that read, #YG_TREASURE_BOX #THE_NEW_TREASURE #COMINGSOON.

It serves as an initial announcement that following the group ‘TREASURE’ comprised of 7 members including BANG YE DAM, HARUTO, SO JUNGHWAN, KIM JUN KYU, PARK JEONG WOO, YOON JAEHYUK, and CHOI HYUNSUK, a new group comprised of 6 other members will be formed.

The communities related to YG TREASURE BOX have been filled with requests on a team with more than 7 members and the debut of two groups for the past couple of months, and the global fans’ wishes seems to have turned into reality.

Like the hashtag ‘COMINGSOON’ in the end, it is expected that the 6 members for the upcoming boy group will be announced in the near future.

Meanwhile, the first episode of ‘YG TREASURE BOX’ which premiered through VLIVE started with 150 thousand live viewers, while the 10th and final episode reached 1.72 million live viewers, which is 11 times more than what the program reached on its first episode. The related videos of the show have also accumulated a total of 150 million views, proving the heated popularity of the show surpassing initial expectations.

With the surprise announcement today made by representative YANG, YG Entertainment is expected to launch two boy groups at once in 4 years, following BIGBANG, WINNER, and iKON.