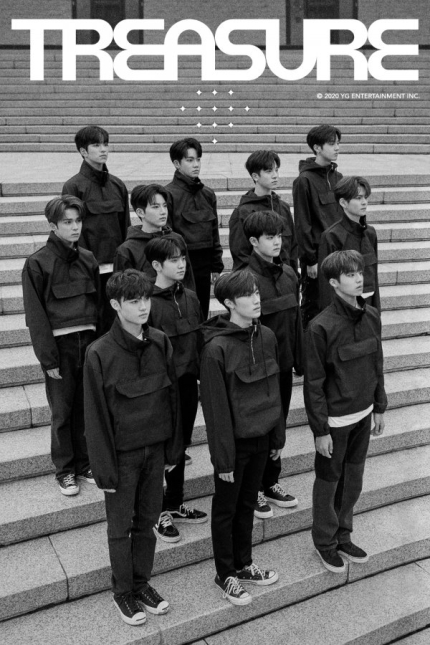 On January 6, YG uploaded an announcement that read, “We sincerely thank the fans who have waited for TREASURE’s debut for a long time”. The contents of the announcement are as follows.

First of all, the members who were separately selected through ‘TREASURE BOX’ and were originally planned to make debut as ‘separate groups’ will unite as a single team, ‘TREASURE’. YG asked for the fans’ understanding by writing, “It was a deliberate decision made to focus on TREASURE’s successful debut and growth”.

Secondly, the members of TREASURE will participate in the writing and composing of their own songs. It is a positive change which resulted from the members’ own pieces of music receiving positive reviews within the agency.

Thirdly, Ha Yoonbin, once a member of TREASURE, has left the group as of December 31, 2019. It is a result of respecting his own opinion and will that his musical direction is closer to that of a solo artist rather than participating in team activities.

YG wrote, “TREASURE, reorganized as a 12-member group, will present new contents through various channels, starting on January 2020”. They added, “We will do our best to support their successful debut and active music activities”.

[The following is the announcement from YG Entertainment in full text]

Hello. This is YG ENTERTAINMENT. First of all, we sincerely thank the fans who have waited for the debut of TREASURE, born through the program ‘YG TREASURE BOX’ last year, for a long time. We would like to make 3 new announcements regarding YG’s rookie boy group TREASURE, with their official debut coming ahead.

The first announcement is that although 7 members of TREASURE and 6 members of MAGNUM were separately selected through YG’s TREASURE BOX’ program and were named TREASURE13 as a whole, it was decided that the three teams will be united as a single team under the name TREASURE. It was a deliberate decision made to focus on TREASURE’s successful debut and growth, so we ask for the fans’ understanding with open hearts. We are making plans so that TREASURE will not only be active as a team, but also be active through unit and solo activities so that the group will get closer to the fans in various ways.

The second announcement is that we have withdrew YG’s initial plan of excluding the members from writing and composing and are planning to encourage and support the members of TREASURE to write and compose their own songs. The biggest reason why we have made altercations to our initial plan is because many pieces of music created by the members during the past couple of months, while TREASURE’s debut was delayed, received positive reviews within the agency. We have found TREASURE’s new talent and decided that it will be a great opportunity for them to shine even more brightly in the future.

The last announcement is that Ha Yoonbin, once a member of TREASURE, has left the group as of December 31, 2019. Ha Yoonbin has requested for consultation after deciding that the musical direction which he pursues is closer to that of a solo artist, rather than participating in team activities. We have met multiple times and shared careful discussions but have agreed to respect Ha Yoonbin’s firm will and opinion, leading to the termination of his contract as of December 31. We sincerely hope for a bright future of Ha Yoonbin, who has worked hard with YG and the members of TREASURE for the past year and 3 months.

After being reorganized as a 12-member group, TREASURE will showcase new contents through various channels starting from January 2020. YG Entertainment will put our greatest efforts in providing support for TREASURE’s successful debut and active musical activities. We hope for the fans’ love and support. Thank you.